Mild Cognitive Impairment: The waiting room for Alzheimer's and Dementia

The Interview, with Professor William Molloy

I'm a geriatrician and professor of medicine, and I'm the director of the Center of Gerontology and Rehabilitation in University College Cork. My specialty is in cognitive impairment and dementia.

Are we seeing an overall increase in degenerative diseases, or is it just that people become more aware of these kinds of conditions?

Can nutrition play a significant part in MCI, or can a good diet and can it either prevent MCI or even in some cases, reduce the progression of the disease?

80 percent of all diseases are caused by diet, and nutrition is hugely important in development of dementia. If you look at Alzheimer's disease, there was a famous study, a guy called Snowden, and he got on the front cover of Time magazine, studied all these nuns down in Kentucky. They were all living in cloister, they were silent, they didn’t speak, he followed these women for eons and eventually they all died. What he showed, to make a long story short, more than 50 percent of the women had dementia or Alzheimer's disease. The pathologist said ‘that's classic Alzheimer's disease, plaques, tangles, neuronal loss’.

The trouble is that we haven't done the research, the only research we've done up to now is in the treatment of dementia. Now we're moving back to mild cognitive impairment in terms of prevention. And from what I've seen, yes, diet is hugely important.

What are the early signs and symptoms of MCI?

I have a graph that I'd like to show you now, it shows the natural progression from normal to age associated memory loss, to mild cognitive impairment, to dementia.

Mild cognitive impairment is kind of the waiting room for dementia, it's the early stages of dementia. We use the QMCI, which was developed for mild cognitive impairment, it's called The Quick Guide, or the Quick Mild Cognitive Impairment Screen. It took me 14 years to develop that, and what we do in the clinic is we look at the history initially. There has to be a change in memory, there has to be change in short term memory such as forgetting/repeating, there's a change. For example, if you've had the memory loss for 30 years, it's normal, if you've had the memory loss for a year, that's not good. The shorter the period of change is what you look at, and what happens with mild cognitive impairment

is the rate of changes, or ‘the delta’, the curve changes. You get a history of a year or so with change in memory, forgetting/repeating and stuff like that, more frustrated, you get sleep disturbance sometimes. You also get the behaviour changes, and the cognitive changes under the tests. Very importantly, you get the functional changes. We use functional ADL scores in the clinic, and we look at instrumental activities of daily living medications, finances, shopping, driving, all of those things.

Is it maybe the caregiver that usually notices the change?

So, the thing for Atlantia is, you do not want to be including people in your studies that are normal ageing, you want MCI's, you want clean MCI's. But it's not just a simple thing of that score on that test, you have to have the history, you have to have the functional change, you have to have the cognitive change, and you also have to behaviour changes. When all of those are together, then you include them in a trial, if you're not sure, bring them back in six months.

When we look at research and how it’s developing, do we see that as a whole, there is more being done in the space of cognitive prevention/decline?

Oh, absolutely, I mean, how do we get a clean diagnosis of MCI and how do we treat them? It's all of the research.

When someone has a diagnosed MCI, is it possible to slow the progression with supplements or with nutrition as well?

That's the hope. That's the hope. We do all the blood work, we make sure that not depressed, we look at what drugs could be causing it, and we try to get them exercise more, look at their diet, are they overweight, you know, all of those things.

So, in research, we use a lot of validated questionnaires. Particularly the MMSE and the MOCA, are these sensitive enough to detect small changes?

No, the MOCA and the Mini-Mental (State Examination) were developed to pick up dementia, they're scored out of 30 and 26 is the cut-off. So, the trouble with the MOCA and Mini-Mental is that four points measure that whole journey from normal ageing, to MCI, to dementia. With the QMCI, the cut-off is 50, out of 100, Meaning there is a 50-point range with which people can fall in. Like I said, the QMCI took 14 years and thousands of patients and an iterative process to develop. I used to have the ABCS 135, and I was using that for a long time, published it, but I couldn't get the sensitivity above 80 percent, or the specificity. The other great thing about this one (QMCI) is that it takes three to five minutes to complete, the others take 12 minutes and there's multiple forms. We also have the QMC, which is the quick memory check that the caregiver can give to the patient. So, if you are conducting a human study, the caregiver can be scoring the patient at home without coming to clinic.

And obviously, in their own home environment, they're much more relaxed, they're probably going to give more accurate answers, whereas they might feel the stress of being in clinic and the white coat syndrome as well.

Yes, we did a study some years ago where we looked at people who are assessed in clinic and assessed at home in clinical trials. We showed that if they were assessed in the home, there were 50% less dropouts. Furthermore, if people were coming to clinic, they had 50% more ‘side effects'

Certainly, from a research perspective we see that a lot of the studies we're doing where there's an element that is carried out at home and the participants themselves becomes the collector of the data. And so, I think that's where clinical trials are going in the long term. We're seeing centralized trials and we're seeing remote studies, and mounting evidence showing that participants are more engaged, and the dropout rate is much lower, that can obviously have a very positive effect overall on the outcomes of the study.

You're talking about MCI trials, well, we're actually going to do an MCI trial. We've got an MCI trial planned now with lions' mane mushroom (variation of classical mushroom), and this trial is ready to go.

So, when we look at that study, what is the best design to give the best outcome for the study?

Somebody has a product that they want to try, the first thing we do is we give it once a day, a small dose, and then we escalate up the dose, twice a day, push it up and see how much is tolerated, where we hit our ceiling. Then we have an idea of what kind of doses we're using. While you're doing that, we're doing the cognitive testing, we're doing all of our tests to see if we get a signal and at what stage, we spend most of our time in our pilots, we really have to get tight. We want to know what the best tolerated dose is, once a day, twice a day, how long do we need to get a response? Once we have that data, then we start going into trials, there's no point sort of picking a number before you start, it needs to be evidence based. That's what we sat down, and we talked about in the upcoming trial, how we find the signal, the duration, the dose, the timing, picking the patients. Once we have that, then we get in to open label trials. You start open label trials for six weeks, eight weeks, we don't get to RCT's for a long time. When we're at the stage of RCT's, we know what signal we're going to get, we know what's going to happen, the RCT is where you spend the big money.

Your success is extremely high then.

Yes, because that's your big expenditure, and you have a relatively short runway with these things, you can't be fiddling around for years. So, we need to get patients, try different doses, try playing with different things and try looking for our signals. Which domain is the trial going to be in, the visuospatial? short term memory? Is it the verbal fluency? Which part of the neuropsychological profile? Which part of the behaviour?

What does the caregiver know? If the patient is sleeping better, eating better, what's the change? We look at that very, very careful and holistic way. That's when we start moving when we start to see the signal. If we don't see it, then we don't move into RCT's because you're wasting money. I think it is important for companies and clients and sponsors to understand and listen to the experts, you know, and trust them and trust them. We're not dogmatic, we're not saying you have to do it this way, we're very reasonable and rational.

Because we're doing research, you know, that you go through the various stages, you do a pilot study, you check tolerance, you investigate dose, you know that the chance for success then is much greater by the time you get around to the RCT. And we're sharing with you as we go. I mean, with your data, you'd have a weekly readout, you could do a weekly review with the client and say, this what we recommend, with a clear strategy, but it's flexible.

Thank you very much, Professor Malloy, today for your very interesting and relevant insights into MCI and cognitive decline, I think we've all learned a lot today.

It's a pleasure, I love working with Atlantia. 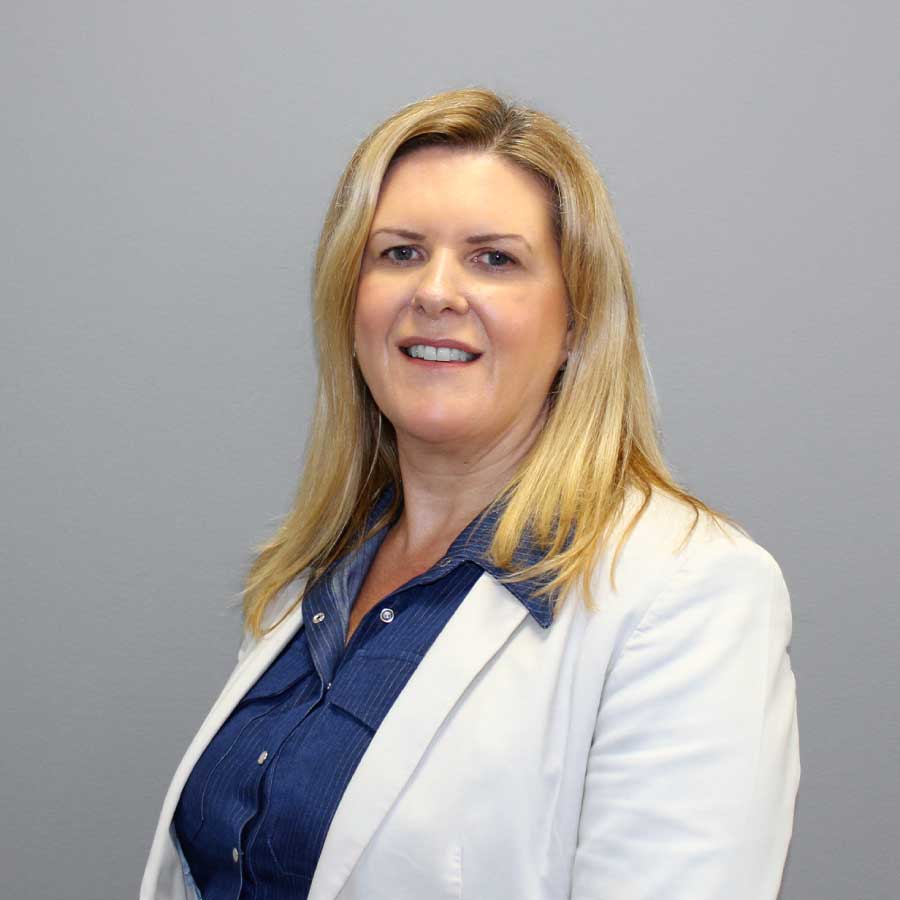 Andrea leads Atlantia sales and operations from their headquarters in Cork. 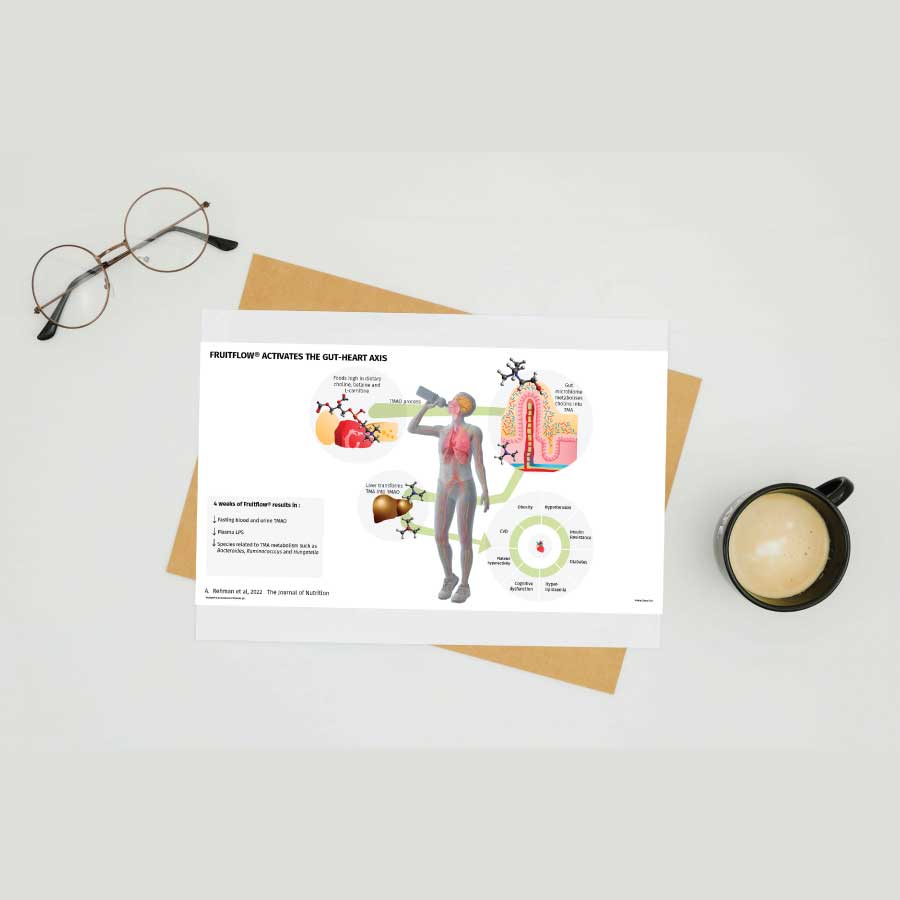 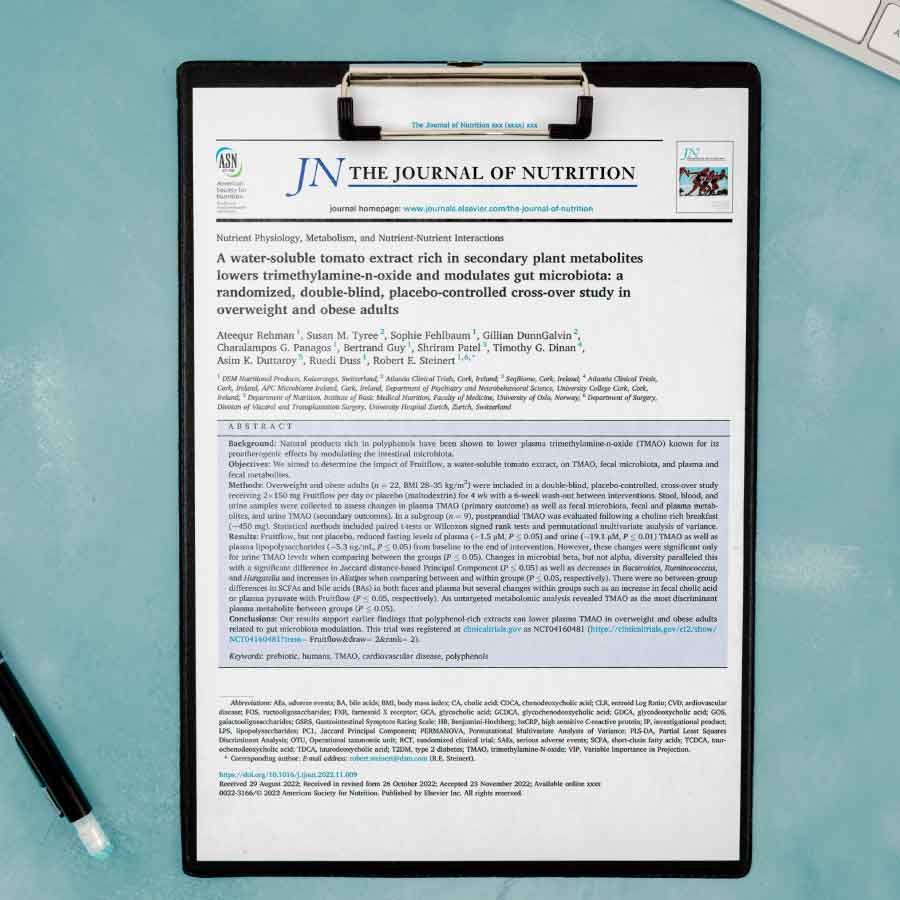 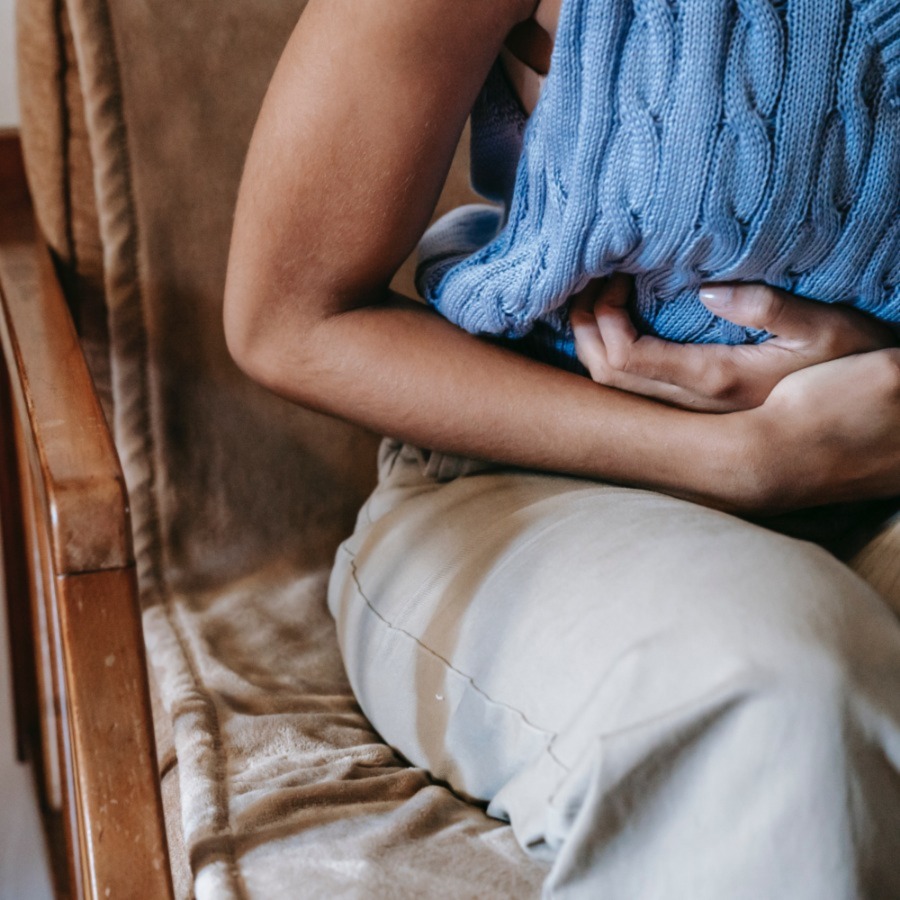 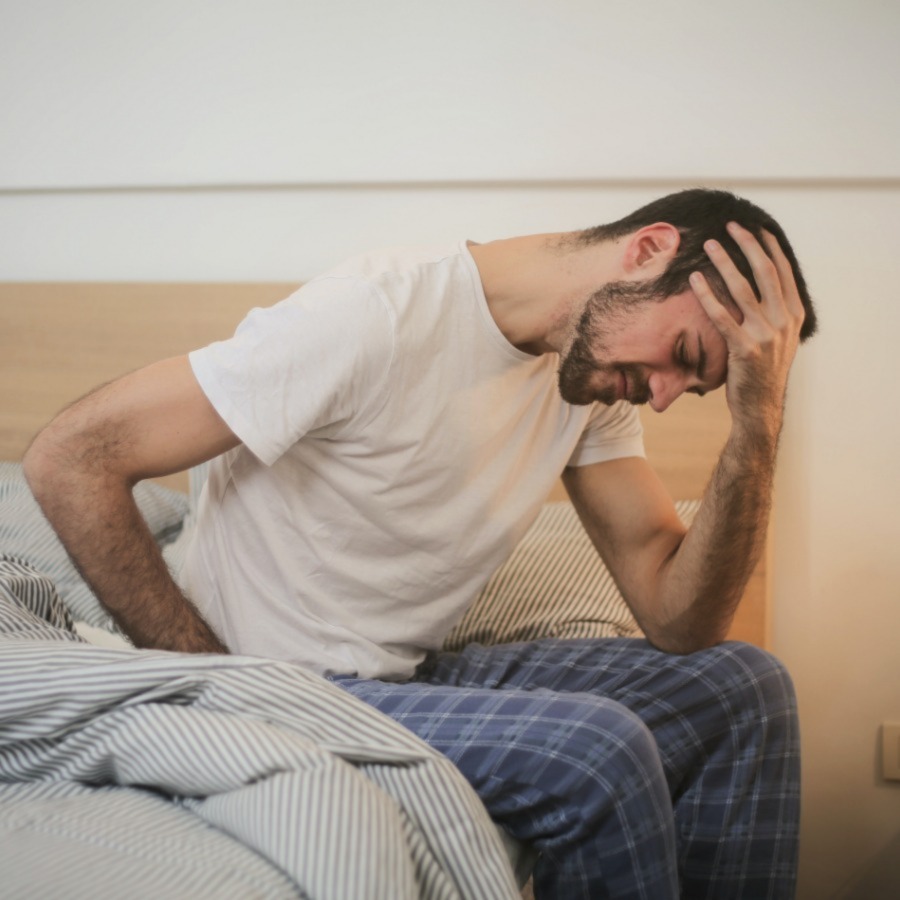 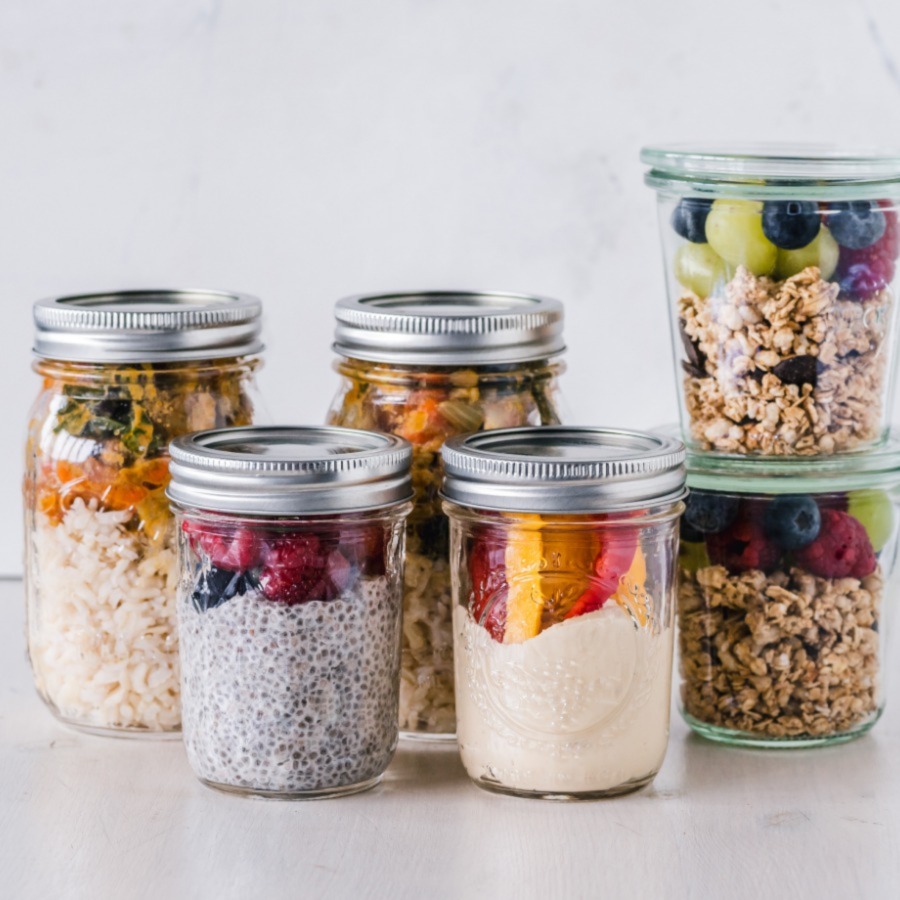 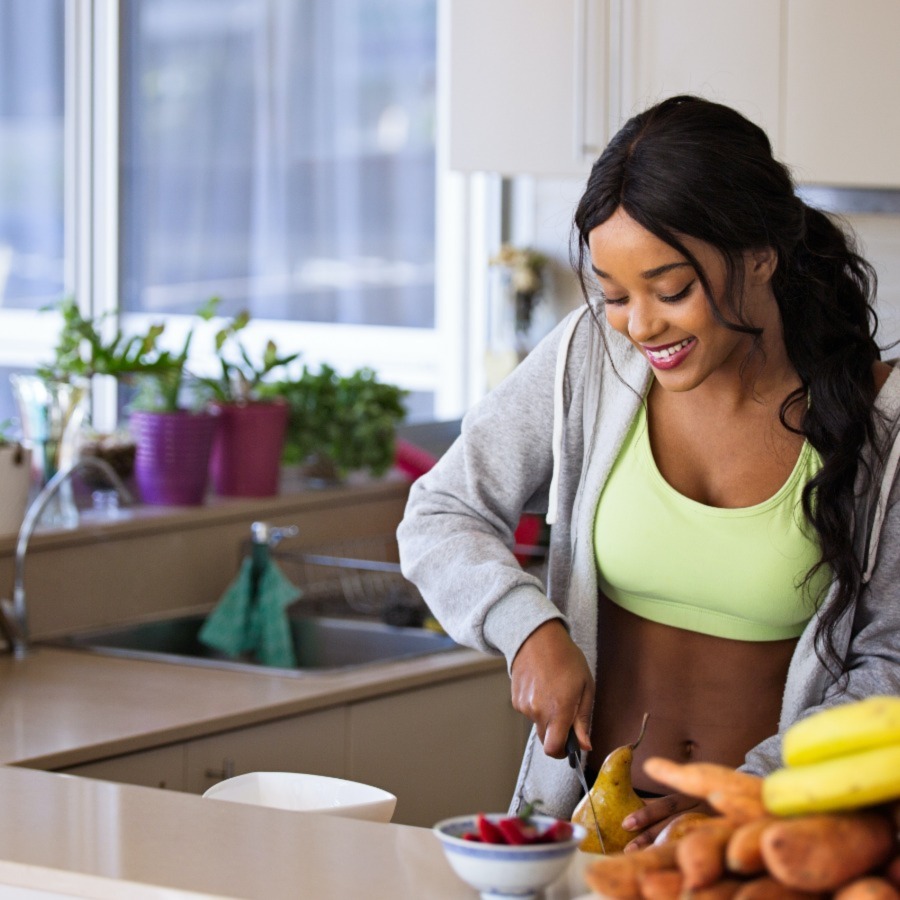