Atlantia Clinical Trials is 10 years in business this year and with that we are focused on commemorating our achievements and milestones met to date, our current capabilities & the future of Atlantia.

To kickstart Atlantia’s 10-year anniversary series, we will focus on Atlantia’s Story, with key insights brought to you by Atlantia’s founding stakeholders. We will explore the journey of progression that the company underwent throughout the years, from the moment of idea conception to the growth stage it’s at today. Keep reading to learn about all the important milestones met along the way.

In 2011, the idea of Atlantia was founded by a team of researchers at APC Microbiome Ireland (UCC Teagasc collaborative SFI Funded Research Centre). A eureka moment unfolded when the team recognized an opportunity to develop a Contract Research Organisation (CRO) of such a kind. Andrea Doolan, Atlantia’s current CEO was there from the beginning. Andrea brought with her years of industry experience in the area of clinical trials and prior to spinning out Atlantia, her primary role was in APC running their clinical platform. She shares with us her insights into the environment they were in at the pre-development stage. "Companies were approaching the university at the time to do their clinical trials and that wasn’t the primary remit of the institute".

The reasoning for this heighted demand in clinical trials was because there was no clinical trials organization that was specifically dedicated towards doing clinical trials in essentially healthy populations with food products. The Atlantia team saw an opportunity and this clear gap in the market.

Sally Cudmore, Director of Innovation at UCC and former CEO of Atlantia, reinforces the reasons that came into play during the opportunity adoption stage.

“The aspect that sparked the development of Atlantia at the time was the introduction of new legislation which required that any food product that was going to make a health claim on pack had to do clinical trials to substantiate the claim that they were making”.

A new piece of legislation Regulation No.1924/2006, commonly known as NHCR or Nutrition and Health Claims Regulation was drafted and adopted by EU decision makers in December 2007. This step harmonised EU wide rules for the use of health or nutritional claims on foodstuffs based on nutrient profiles. The policy change made evident the need for a CRO to come into this space. Consequently, Atlantia Food CRO was born!

Following on from the idea generation, key influential players were needed to help bring the idea to life. Due to the nature of the company, it was vital to involve the expertise of researchers. It was very much a collaboration between APC Microbiome Ireland and the University.

Fergus Shanahan, former APC director and consultant clinical psychiatrist Ted Dinan provided very strong academic and research support to the team. To drive forward scoping out the market and carving out the business idea, Kieran Moynihan, Chairman of Atlantia’s Board of Directors and the CIT entrepreneur in residence joined the team. Andrea acknowledges Kieran’s involvement from the early days. “He very much helped us in the early days developing the business plan and getting the idea out there”.

Following on from this, Chief Commercial Officer Barry Skillington was recruited at the inception and brought with him a wealth of experience in sales and business development, to commercialize the business. “I was the person who was brought in to develop a sales strategy and a marketing strategy and build a brand”.

Evidently, from the beginning there was a strong team, between Andrea Doolan, Barry Skillington, Sally Cudmore, Kieran Moynihan and Fergus Shanahan to name a few.

Andrea Doolan states: “[…] if I reflect back on the start of Atlantia and why we do have success, it's very much down to the founding team and the people who have been involved from the start”.

The early days of a contract research organisation

Shining a light on the early days at Atlantia will highlight the significant growth and progression that the company has undergone. In the initial days, there were few hands-on board. During the set-up stage, the company had 2 employees, operating on a small scale. As listed, the company had strong contributors from the beginning who had a shared vision with a compilation of different backgrounds and skillsets. During the startup stage, the company was situated in an office in APC Microbiome in University College Cork. Barry recalls his early days. “When I started, I was in an office in APC in University College Cork, and I was given a laptop and a list of six contact companies, and that’s where I was told to build from really”. It was a slow, laborious process of business development from “calling companies, introducing the concept, going to tradeshows”. However, it yielded positive results. Barry highlights how “after the first year, we got our first client and then we moved from the university to the Western Gateway”. The incubation hub in Western Gateway, UCC facilitated the early progression of Atlantia. The Gateway UCC is part of UCC innovation and supports researcher led start-ups and spin-out companies. It is important to acknowledge how this university-based initiative has helped drive the growth of the local Irish economy and supports start-ups such as Atlantia.  Over the years it has supported over 70 start-ups has contributed more than €25 million a year in salaries to the local economy.

From Atlantia’s small scale start, the company continued to grow gradually and organically. Andrea comments on the unique nature of Atlantia: “It very much grew over time and was a gradual organic growth. I guess Atlantia is quite unique in that we are self-funding, we’ve never got investment”. Over time with the rise in the company profile, the company began to win more contracts, therefore facilitating the company’s expansion. To reflect on Atlantia’s progression it’s important to highlight the milestones that the company has met over the years.

One significant marker of our growth has been the expansion of Atlantia’s team. Today Atlantia consists of a multidisciplinary team of over 85 employees across many different departments. This is a huge marker of progression from the 2 members of the team that were present on day 1. Andrea shares with us one of her proudest moments.

“I guess if I reflect on the achievements that I’m most proud of, it really is in relation to the team, it’s growing the team over the years, we started off very small, even achieving that initial milestone of having 20 employees, 40 employees and now we’re up to 85”.

With the company’s gradual expansion, it brought about the need for several facility moves. From the incubation of Atlantia in UCC, it has since moved to Blackrock and then with a team of 25 people to our current location in Heron House Blackpool in 2017. The company was then named Atlantia Food Clinical Trials to emphasize their involvement in food research.

In 2019, a new clinic site along the Magnificent Mile, in downtown Chicago was opened. This has allowed the company to expand its offering to multicenter trial capabilities. An opportunity presented itself from some of Atlantia’s clients requesting in-market trials to be done in the US, therefore it was obvious to follow the next step in the company’s progression and expand into new markets. The Atlantia facility comprises of an impressive seven and a half thousand square feet of clinic space that includes labs, phlebotomy, offices and waiting rooms, a fully operational clinic. Atlantia’s expansion to Chicago was unveiled at an event in Washington, D.C., on March 13th, 2019, by the Irish prime minister at the time, An Taoiseach Leo Varadkar TD. It was a privilege to be recognized by a national figure on our national holiday in Ireland. Speaking at the announcement, An Taoiseach, Leo Varadkar said,

“The opening of Atlantia Food Clinical Trials in Chicago is fantastic news for the company and for Ireland. It marks the next significant phase of the company’s development and shows Atlantia’s commitment to delivering a broad spectrum of clinical studies, which ultimately contribute to healthier lifestyles. It is testament to the innovative entrepreneurs that we have in Ireland who are building on our research capabilities and responding to market demand globally”.

As cited above the expansion to new markets allows for further advancements to be made in nutrition research. Julie Sinnamon, CEO of Enterprise Ireland commented on Atlantia’s move to the US. “The US expansion demonstrates an impressive commitment to the functional ingredients market, which is now worth in excess of €45 billion”. Part of the company’s growth strategy is also focused on expanding the service offering. In 2021, the team expanded its capabilities to cater for Skin & Cosmetic clinical trials. The research team has acquired various new technological devices such as a DEXA scan to facilitate conducting these new types of trials. This is another significant indicator of growth. A decision was made then to update the company name to Atlantia Clinical Trials to reflect the wider research areas expertise.

That brings us to where the company is today, at its growth stage. It is evident that the company has come a long way from its early days. As we reflect, we can see the progression Atlantia has made. Andrea Doolan contributes her thoughts on hitting the 10-year mark.

“I’m very proud of the fact that ten years later, we’re now 85 plus employees with sites in Cork and Chicago”.

Evidently, there is a lot more future potential for the company. Keep an eye out for Atlantia’s article on the future of Atlantia & clinical research, that will be released in a couple of weeks.

We thank our team for sharing their journey with us and external partners for supporting and recognising Atlantia’s growth.

We will be producing Atlantia community centric content over the coming weeks in the form of videos and articles. Next week we will focus on the team at Atlantia. Stay tuned! 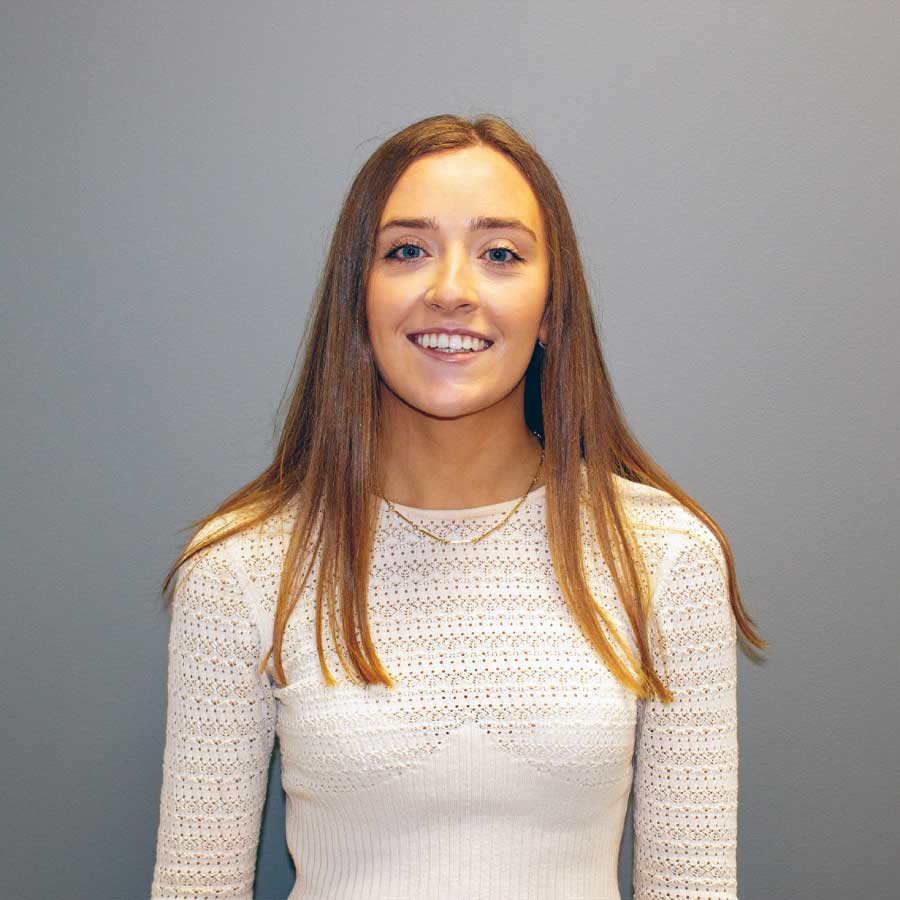 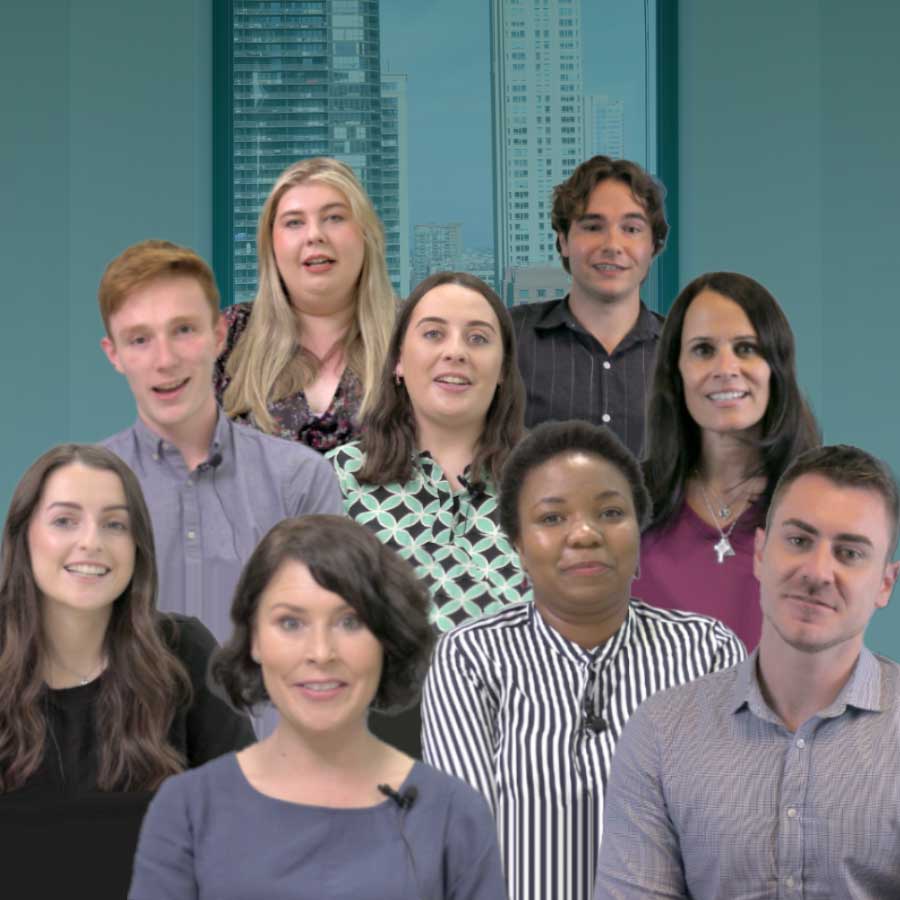 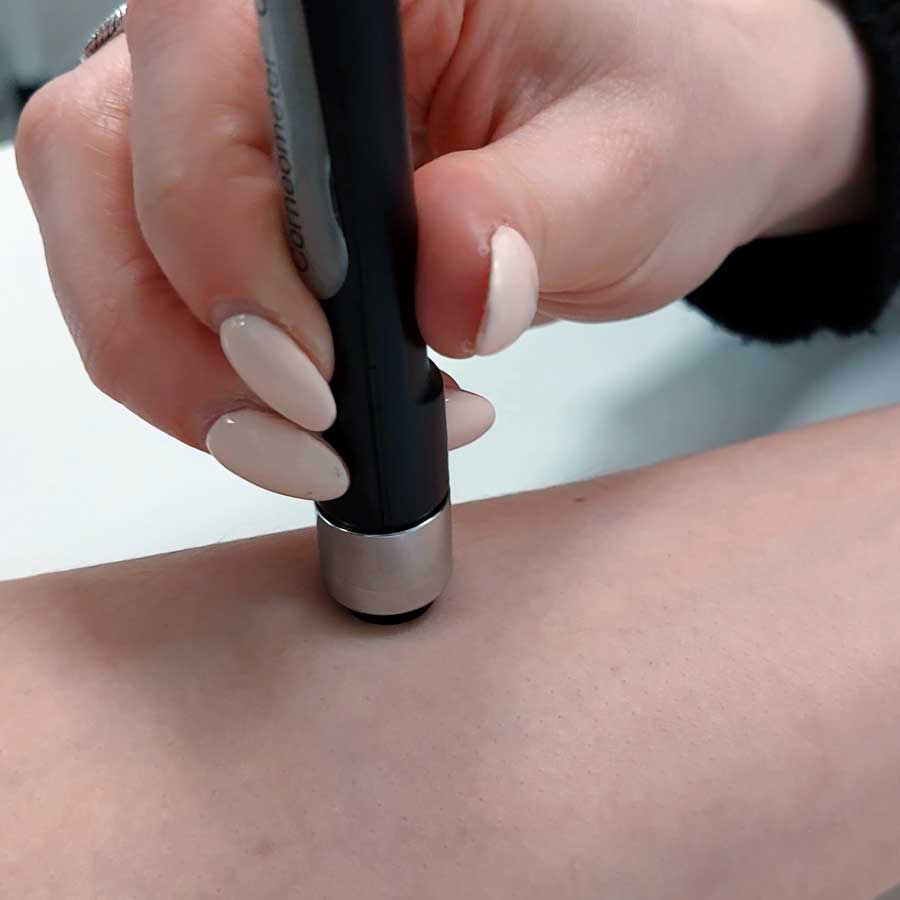 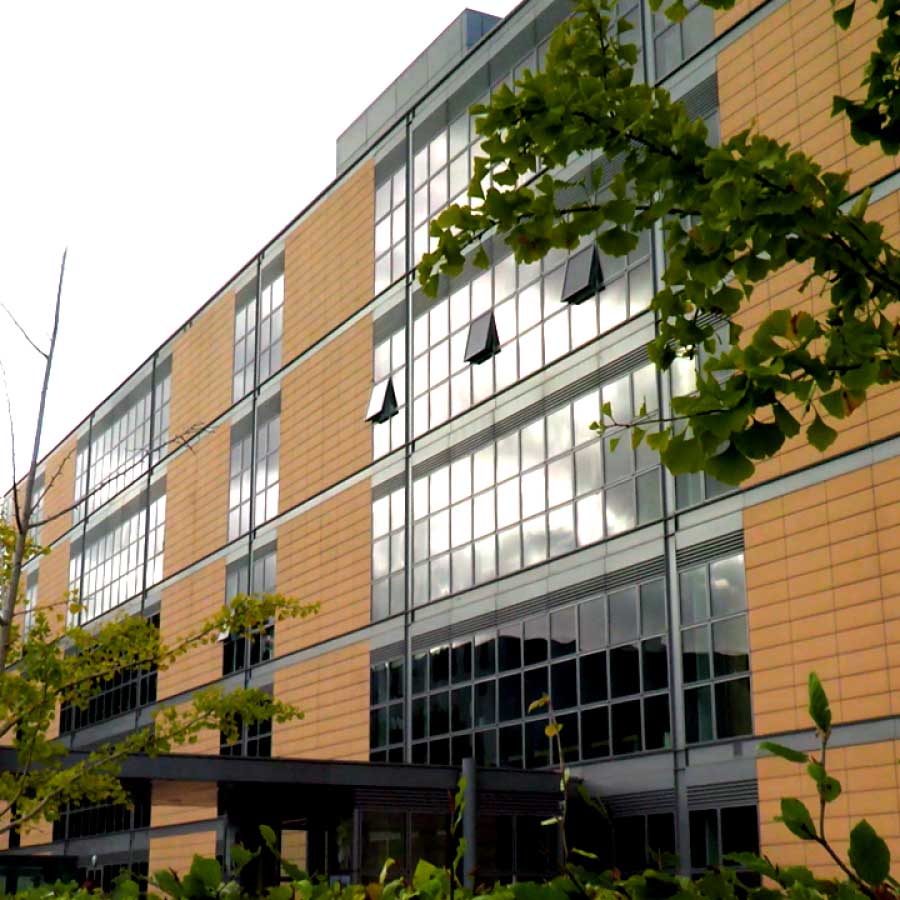 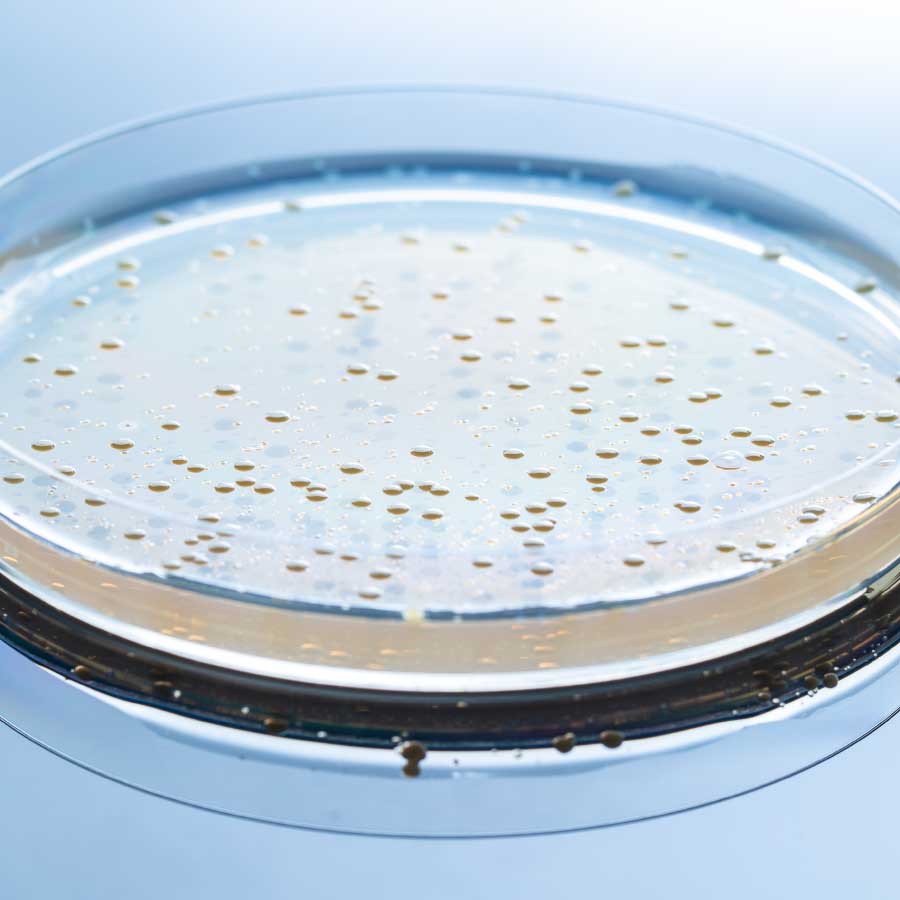 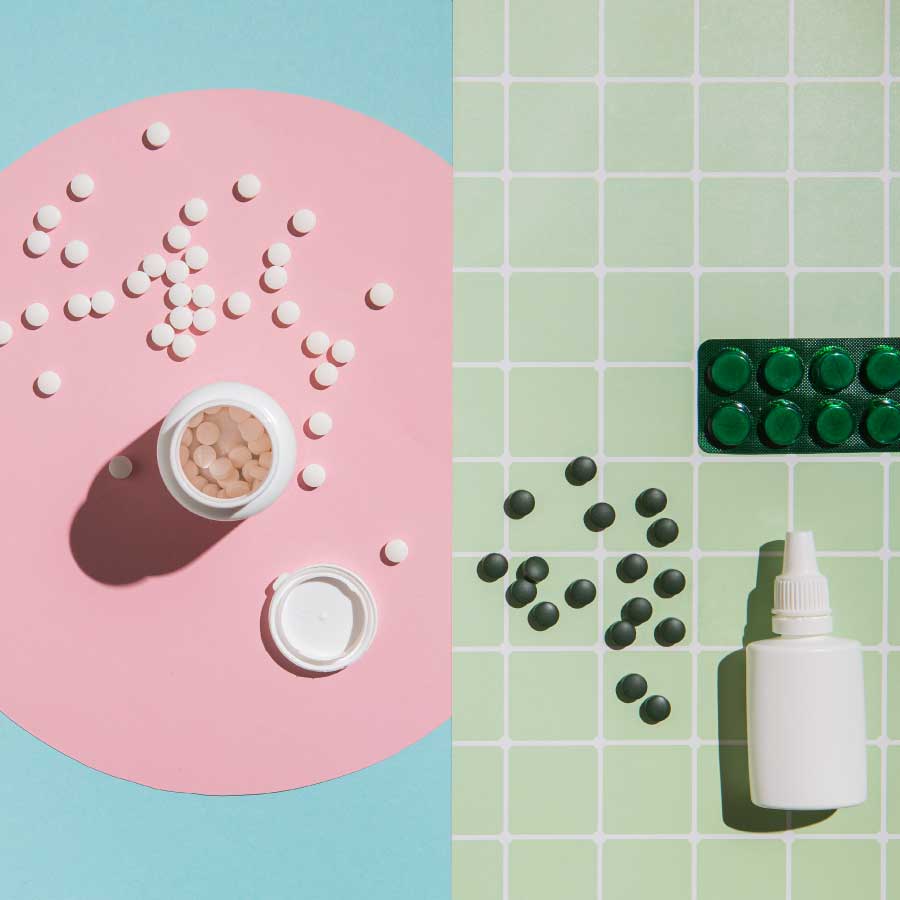 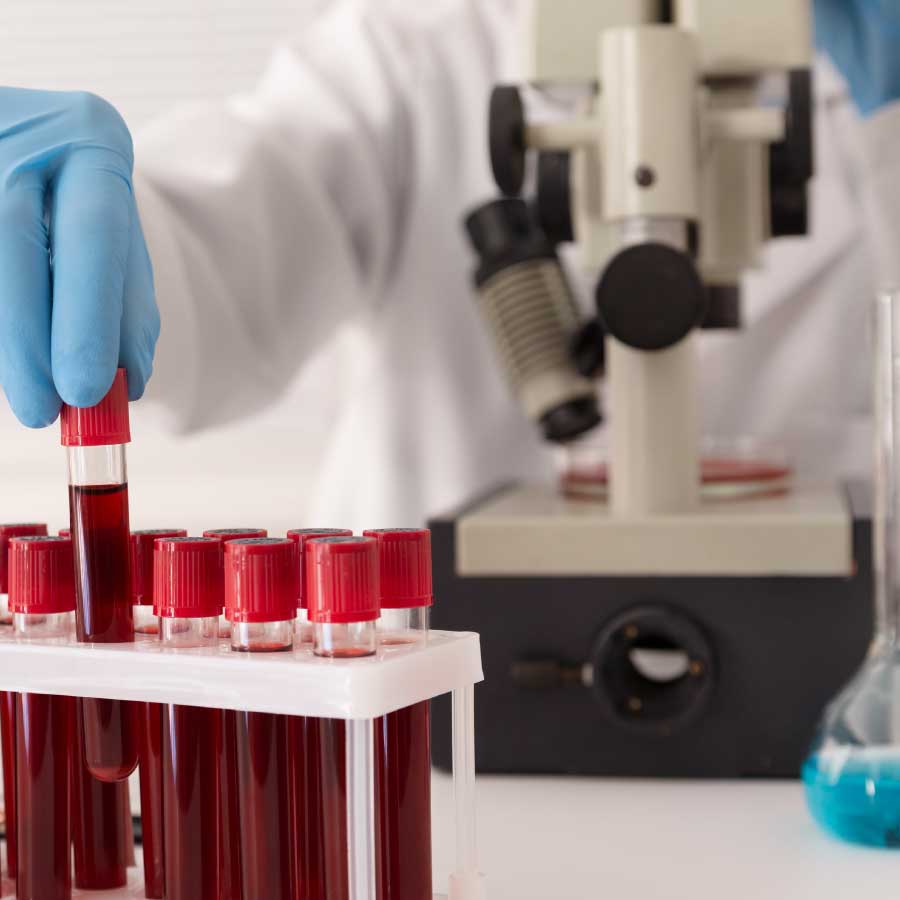